It’s almost a year to the day that Agricast took delivery of the original production machinery bought during the liquidation of the former Simba site in Sleaford. It’s a move that has boosted this Lincolnshire business’ annual turnover by over 20%.

In April 2017, Great Plains announced that it was to close the former Simba factory in Woodbridge Road, Sleaford. The reason – an extended downturn in the worldwide agricultural economy. Production came to an end a few months later, and operations were phased out after the autumn season last year.

An online auction of the remaining original factory assets was held on 3rd November 2017. Agricast successfully won the 80t Mills press, tooling and jigs used at the Sleaford site along with other factory items.

“When they announced the Sleaford site would be closing, it wasn’t long before my disappointment at the news became excitement about the opportunity,” says Will Robinson, Agricast’s General Manager. “It dawned on me that there were possibly thousands of Simba machines in use up and down the country and that each one of these would continue to need replacement parts over the years to come. Agricast had initially been formed to manufacture and supply certain parts direct to Simba, and the closure of the site presented us with an opportunity to increase our range. It’s a move that appears to have paid off.” 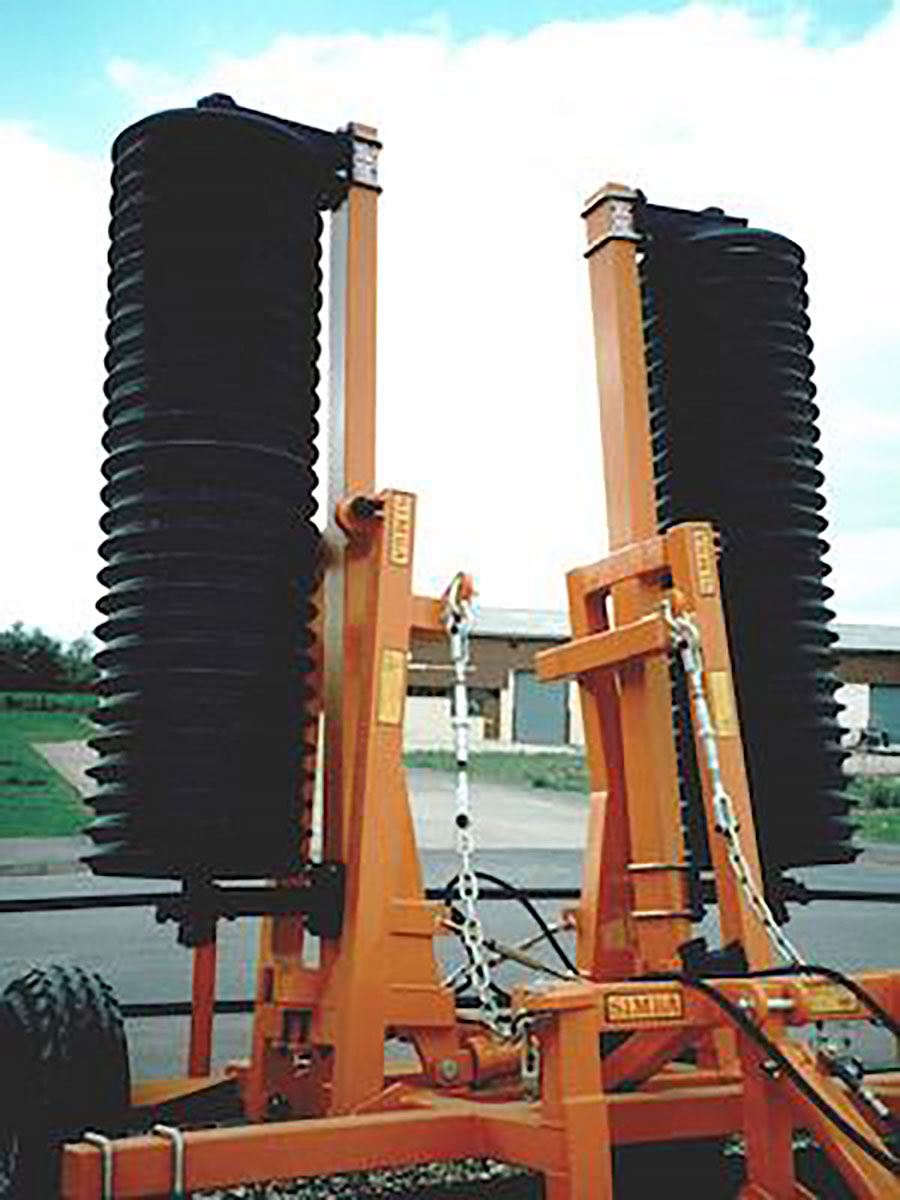 Will’s father established Agricast in 1987 to supply cast rings, axles, U Bolts and other parts to Simba as original parts. A close working relationship between the two companies was established and even saw William undertake work experience in the design department under Philip Wright during the 1990s. Agricast continued to supply parts directly until 2003 when Great Plains acquired Simba.

Fifteen years later and Agricast has just enjoyed its best ever summer season since opening for business, with sales of Agricast parts to fit Simba machines increasing 65% in that time.

“Looking back, it was quite an unusual situation,” says Will. “I was disappointed that the Simba factory was closing and concerned about the impact it would have. However, at the same time, I was also excited because I could foresee the opportunities it presented. Visiting the factory and looking at the lots that were up for auction last year was a particularly odd sensation.” 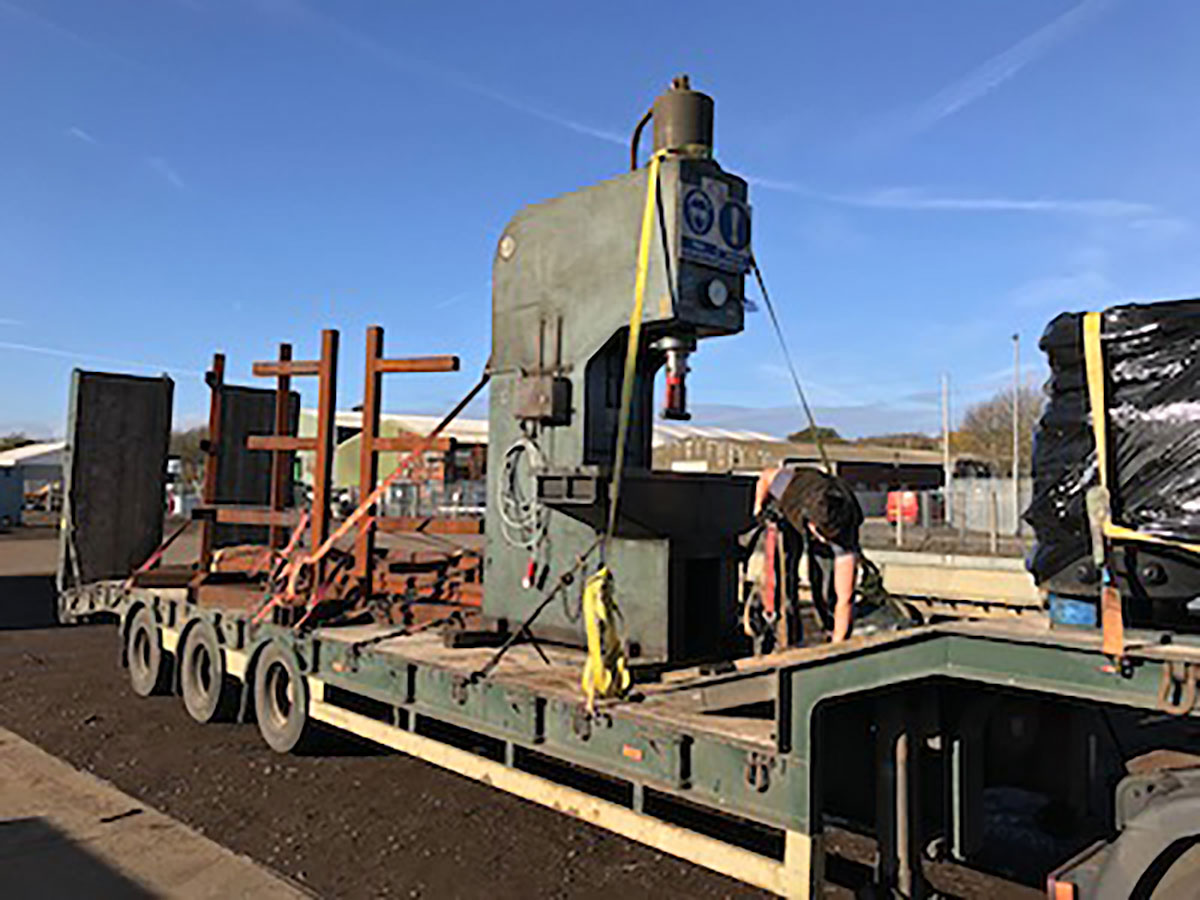 80t Mills Press being collected from the Sleaford site

A few days after visiting the factory, Mr Robinson successfully bid for what he needed to expand his firm’s range of parts.

Twelve months on and the bidding has paid off. Agricast is now busier than ever. The requirement for Agricast replacement parts has led to the employment of an additional member of staff and demand shows no signs of tailing off. In fact, this year Agricast is keeping on a casual worker throughout the winter months to cope with the upturn as people undertake refurbishment projects and the company builds its stock in anticipation of another busy summer next year.

As well as manufacturing and supplying replacement products for machines up to 30 years old, Agricast also has a firm focus on the future. In the last three months, Will and his team, have introduced two new products.

Agricast’s Press Roll Ring (PRR) was launched following the expiry of the patent on the Simba double disc ring. Agricast’s PRR wheel offers greater durability and enhanced poor weather performance at a much cheaper cost than the original design.

Agricast’s PRR achieves better traction by having small cutaways which were not present on the original design. These cutaways or scallops also improve the wheel’s ability to shatter or fissure hard, dry soil effectively.

Like the original Simba ring which was designed for use on Double Press and CultiPress packers, Agricast’s PRR is a registered design and is available in two sizes – 610mm and 710mm diameters.

As well as being around 30% cheaper than the original, Agricast’s Press Roll Ring offers greater durability, being 6mm thick rather than 5mm. “With 20% more metal in these rings to start with we are offering a longer lasting product that will not wear through as quickly on the shoulders,” says William. 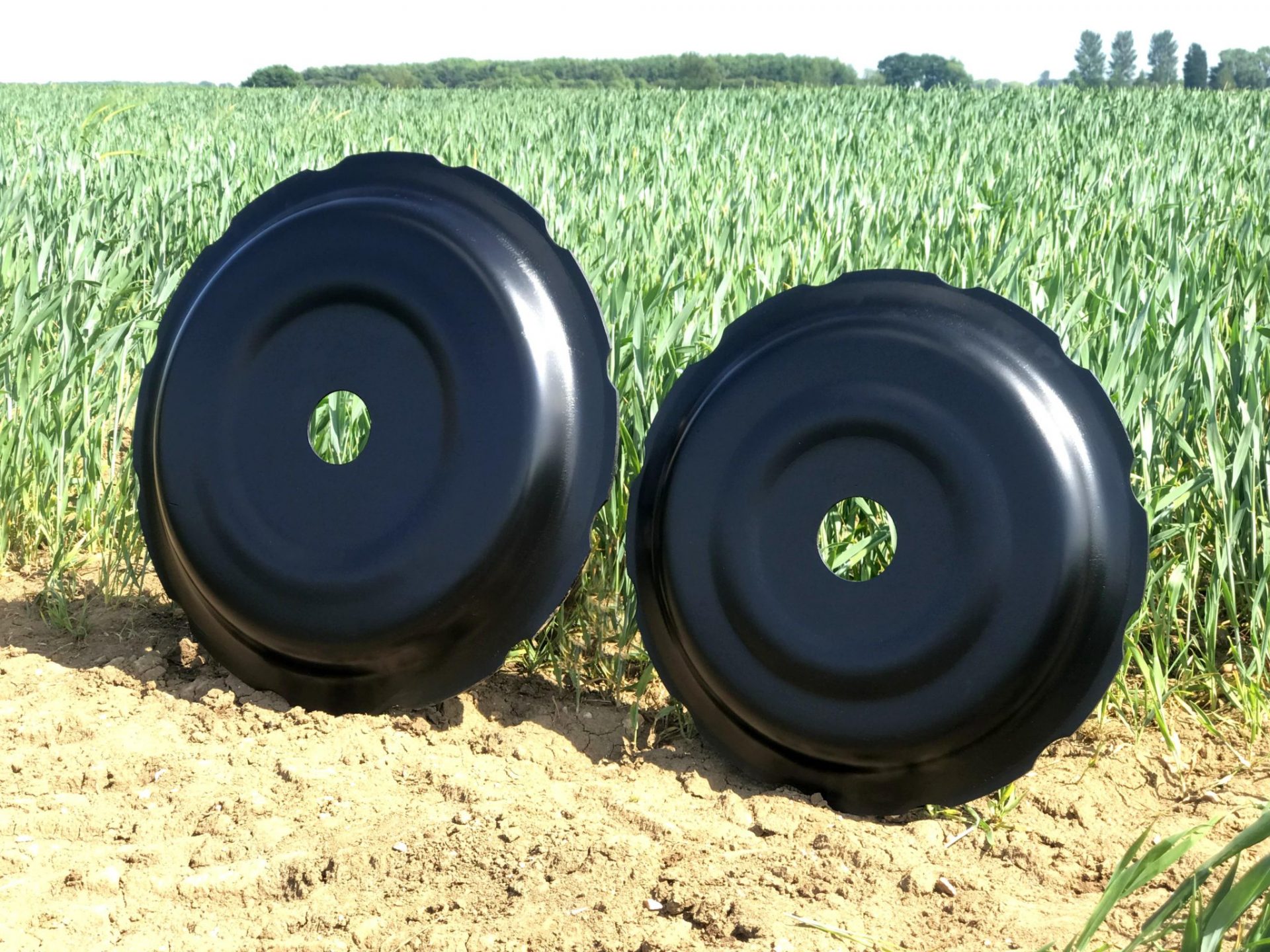 The Agricast PRR’s are manufactured from heat treated Boron steel, which because they work more passively than a disc blade, will offer greater longevity when compared to cast ring wheels. Fully compatible with all existing parts and axles, Agricast’s PRR is a closed wheel, preventing stones from jamming in them, which can happen with cast rings.

Secondly, Agricast has introduced a new High Strength Wheel, which will be unveiled at the Midlands Machinery Show in November.

The new 24-inch wheel features eight spokes rather than the traditional four spokes making it Agricast’s most robust wheel.

As well as being stronger than alternatives, the new High Strength Ring, is significantly cheaper than comparable wheels and will fit most leading machines, including Cousins, Twose and Simba / Great Plains, Farmforce and Vaderstad.

“We’ve developed this new, stronger, eight spoke wheel to offer farmers, contractors and manufacturers a stronger ring without having to pay the premium for Ductile Steel,” explains Will. “We’ve spent a lot of time on the computer designing this new ring to ensure that it’s as strong as it can be. We’ve undertaken load analysis and extensive testing to ensure it is robust and long-lasting.

“Unlike other rings on the market, the key advantage of the Agricast High Strength Ring is that the wearing edge of the ring still contains ‘plenty of meat’ compared to its rivals.”

The initial interest in both new products is hugely satisfying for Will. “I look back to how I felt when I heard the news about the Simba site closing and the disappointment that such a great name would be missing from UK farming but that wasn’t going to be the case. Simba machines are known for their durability, and they’re still going strong today and will continue to do so if looked after. And, as long as those machines are running, people will need to replace the wearing parts on them, which is where we come in. Simba might be gone, but we’ve risen from the ashes so to speak and continue to support farmers who are continuing to use those fantastic machines by providing replacement parts and also developing new parts which are even better than the originals.”